With the rise of democracy and the crumbling of political boundaries in the previous USSR, many long-time Russian secrets were slowly revealed to the western world. One of these secrets used to give Soviet athletes a decided advantage—one that we can now share. It’s a plant called Rhaponticum carthamoides, and it contains a remarkable substance called 20-Hydroxyecdysone which helps promote increases in muscle mass and athletic performance. 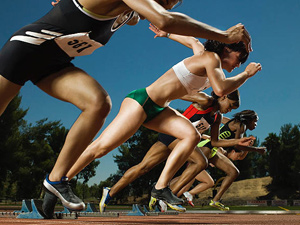 When it comes to building muscle and increasing performance, the sky’s the limit as far as choices for possible dietary supplements to support the process are concerned. Unfortunately, very few of these supplements have appropriate scientific research to support their marketing claims. There are, of course, a few that do. These include legal, sublingual androgens (e.g., androstenediol), creatine, and quality protein isolates (e.g., whey, soy and casein). Each of these dietary supplements work by a different mechanism, so a “stack” which included all of them would be complementary, rather than redundant. This should, ideally, also be the case with any new dietary supplements which may be added to such a stack. That’s the beauty 20-Hydroxyecdysone.

20-Hydroxyecdysone belongs to a class of natural substances called phytoecdysteroids (i.e., plant-based steroids). Animal research has shown that phytoecdysteroids are active in protein biosynthesis (anabolism). It does this by increasing the activity of polyribosomes. Polyribosomes are the cytoplasmic compartments within cells where actual protein synthesis takes place. The result is an increase in body mass.1 This phytoecdysteroid-stimulated protein synthesis works differently than anabolic steroids, and is independent of testosterone.

At this point you may be thinking, “OK, so 20-Hydroxyecdysone can help animals get muscular; but what about humans?” If so, you’ll be pleased about this next bit of research. Studies in Russia on human subjects found that under conditions of aerobic-anaerobic training for three weeks, 20-Hydroxyecdysone was able diminish body fat content, while elevating muscle mass.4 A similar study found that a combination of 20-Hydroxyecdysone with a protein supplement given to athletes resulted in up to a 13.71% reduction in fat content, together with up to a 7.10% increase in muscle tissue mass (compared with up to a 2.99% decrease in muscle in the placebo

In Russia, Rhaponticum carthamoides has been used for a long time as a tonic against physical and mental fatique, and decreased endurance. Specific animal research has shown that Rhaponticum carthamoides, and specifically its 20-Hydroxyecdysone content, had adaptogenic characteristics which extended swimming time by up to 22%, increased the length of runs by mice until fatigue by up to 32%. During the use of Rhaponticum extract over a period of a week, the time of a run increased by 65.2%.

Rhaponticum also increased the animals’ resistance to high temperature by 21%.7 Similar research also found that Rhaponticum was able to increase the performance and strength of rats subjected to swimming tests.8 Of course, as with the anabolic effects of Rhaponticum, there are also human studies supporting the performance-enhancing qualities of this plant.

One clinical study was conducted on 60 cadets a the end of the academic year, a period which is characterized by significant mental and physical work loads including exams, drills, and physical competitions. An improvement in appetite, sleep, and the general physical and mental state was noted by all those given the Rhaponticum extract. There was not a single case of negative side group).5 Yet another study conducted on 117 highly qualified speed skaters also demonstrated that Rhaponticum was able to increase anabolic protein metabolism, and body weight.6

Clearly, 20-Hydroxyecdysone from Rhaponticum carthamoides is capable of supporting an anabolic increase in muscle mass, as well as a decrease in body fat. But beyond that, this plant extract has also been shown to be effective in enhancing performance.

effects. This study provides reliable data for the recommendation that Rhaponticum by recommended as a preventive remedy for fatigue, to increase nonspecific resistance, and to improve human mental and physical work capacity.9

Another study was conducted on 47 sailors after four months of sailing when symptoms of fatigue were displayed. After taking the Rhaponticum extract, sleep normalized, appetite increased, and the general mental and physical state was improved in the test subjects, and their work capacity increased. By contrast, there was a tendency towards worsening of the physical and mental state in the control group who did not take the Rhaponticum. The authors of this study advised that Rhaponticum by used as a preventive remedy for increasing general endurance and “functional activity”.10

The aforementioned study conducted on 117 highly qualified speed skaters also demonstrated positive results in terms of performance. The results of a 20-day cycle of taking Rhaponticum extract were a significant increase in work capacity compared the placebo group. The Rhaponticum group also experienced a tendency toward improved aerobic capacity, and a decrease in heart beat rate. Also, Rhaponticum was able to reliably increase the available reserves of the adrenal glands (that is, increase the adrenal hormones after stimulation of the adrenal glands), which reflects the ability of this plant extract to increase the athletes adaptive abilities to physical work load.

Whether you’re just considering using a dietary supplement for the first time to help you with you’re bodybuilding and performance goals, or you’re simply looking for the next great supplement to add to your current stack, Rhaponticum carthamoides extract which provides 20-Hydroxyecdysone may help you experience increases in muscle mass and athletic performance.