Dietary Supplements for Depression and It's Treatment

Depression: A Role for Dietary Supplements in It’s Treatment 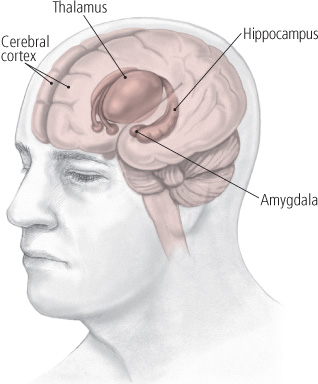 The predominant chemical, or biological, theory of depression suggests this it is caused by a decrease in the brain chemicals norepinephrine (NE), dopamine (DA) and/or serotonin (5-HT).4 In fact, conventional medical treatment uses antidepressant drugs which can increase the amounts of these brain chemicals by blocking their breakdown or exit from the body. Prozac, for example, blocks the breakdown of serotonin. Another conventional medical treatment is psychological counseling, which considers one of the causes of depression to involve familial associations and/or other relationship problems or life circumstances. Most modern theorists would agree that both biological and psychological factors play a role.5

In addition to conventional treatment for depression, some complementary and alternative treatments also have value. This includes exercise, massage therapy, relaxation therapy6, as well as dietary supplement therapy. Following is a review of select dietary supplements which have been found to have value in treatment of depression and enhancing mood; although these are not the only such supplements which have been successfully used for this purpose.

St. John’s Wort (Hypericum perforatum) is probably the best known of the dietary supplement ingredients that helpful for mild to moderate depression. St. John’s Wort has been used as medicine since the middle ages. Today it is enjoying a resurgence of interest because of its marked influence on depression. The clinical evidence is overwhelming in favor of St. John’s Wort Extract as a relatively risk free antidepressant which is suited for the treatment of mild to moderate depression.In one study, after 4-6 weeks, all patients showed a measurable improvement in anxiety, mood, loss of interest, and more than one-half dozen other psychometric measurements.7 Similar results were seen inother studies.8

Research on St. John’s Wort extract is so extensive, that it has been endorsed by the German government’s ‘Commission E’ asindicated for impaired consciousness, depressive states, fear, and nervous disturbances.9 There have been many evaluation studies comparing St. John’s Wort to both a placebo, and various anti- depressant pharmaceuticals. Not only have these studies validated St. John’s Wort over placebos, they have demonstrated a therapeutic advantage over the prescribed drugs.10 And, occurrence and severity of side effects with Hypericum extracts are clinically insignificant, especially when compared to those of the pharmaceutical counterparts. For example, in one study comparing Hypericum to fluoxetine (Prosac®) for mild to moderate depression, the researchers concluded, “When treating patients with mild to moderate depression, hypericum should be considered as one of the first treatment options basd upon both efficacy and safety, particularly in cases where treatment is a choice between fluoxetine and hypericum.”11

There is some debate over which is the active ingredient in St. John’s Wort, hypericin or hyperforin.12 In any case, a primary mechanism of action seems to be that it increases serotonin levels, much by the same mechanism of action that Prozac® exerts.13 Serotonin is a neurotransmitter which is often found in inadequate levels in depressed individuals. More recent research also indicated that St. John’s Wort may increase some aspects of brain dopamine function in humans.14 Like serotonin, dopamine is also a neurotransmitter which is often found in inadequate levels in depressed individuals. Until the argument is settled, it is probably best to use a St. John’s Wort product that is standardized for both its hypericin and hyperforin content. The current dosage recommendation for St. John’s Wort is three capsules daily if you’re using at least 300 mg of the extract standardized for 0.3% hypericin. If you want to emulate the hyperforin research, however, you need 45 mg of hyperforin daily, which translates into 5 capsules of a similar extract standardized for 3% hyperforin.

DL-phenylalanine or DLPA is a mixture of the essential amino acid L-phenylalanine and its mirror image, D-phenylalanine. D- phenylalanine has been shown to increase tolerance to pain in animal research by blocking the enzymatic breakdown of pain- relieving chemicals in the body.15 DLPA (or the D- or L- form alone) reduced depression in 31 of 40 people in a preliminary trial.16 Some physicians suggest a large daily dose of 3–4 grams of DLPA for people with depression, while some researchers have found that much lower doses of 75–200 mg per day were helpful.17 In one double-blind trial, depressed people given 150–200 mg of DLPA per day experienced results comparable to that produced by an antidepressant drug.18 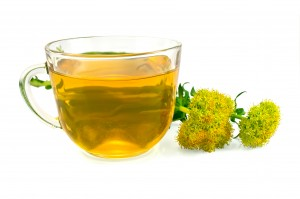 For centuries, Rhodiola rosea has been used in the traditional medicine of Russia, Scandinavia, and other countries to treat fatigue, depression, impotence and nervous system disorders, while increasing physical endurance and work productivity.19

Modern scientific studies in cell cultures, animals, and humans have revealed anti- fatigue, anti-stress, anti-hypoxia (protection against damaging effects of oxygen deprivation), antioxidant, immune enhancing and sexual stimulating effects.20 21 22 23 24 25 Of particular note are Rhodiola’s anti-fatigue and performance enhancing properties. A number of studies have shown that Rhodiola increased physical work capacity and dramatically shortened the recovery time between bouts of high intensity exercise.26 Other current and evidence based uses of Rhodiola include, but are not limited to feelings of well-being and mental performance.27

Rhodiola’s diverse effects may be partially explained by the fact that Rhodiola is an adaptogen.34 This means that it contains natural bioactive compounds having the ability to increase a human’s resistance to different stress-related disorders, and help to normalize body functions. These bioactive compounds have been determined to be rosavins, and possibly salidroside.35 A standardization of about 3% rosavins (as rosavin, rosin, rosarin) and 0.9% salidroside should assure maximum activity.

There is no simple, all-inclusive answer to treating depression. However, working with a qualified health care professional to modulate levels of NE, DA and 5-HT with pharmaceuticals and/or dietary supplements can make a profound difference in many individuals.