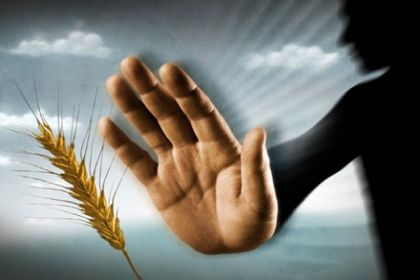 Much has been learned in recent years about the dangers of gluten for those with Celiac Disease. But more importantly scientists have been able to distinguish between the more commonly known Celiac Disease, and the now understand issue of Gluten Intolerance (in the absence of Celiac Disease).

Celiac Disease (CD) is one possible complication of being gluten intolerant or gluten sensitive. Celiac Disease is characterized by enteropathy (damage) to the intestinal villi. These are the small hairlike projections of the intestinal tract that help us to absorb nutrients from our foods. Those who develop CD appear to show genetic risk factor as well. The DQ2 and DQ8 gene have both been identified as being a high risk factor for developing CD. Those who carry either of these genes are at much greater risk of developing CD. It is believed that about 1 out of 133 people in the US have Celiac Disease.

For many years when doctors would examine patients with Celiac related symptoms, if they did not find enteropathy (damage) of the small intestines they would tell the patient that they were safe to eat gluten. It was not recognized that one could have other symptoms and consequences of eating gluten without having damage to the villi.

We now understand that there are many more people who are sensitive to gluten, but who do not carry the genetic markers common to Celiac Disease, nor do they display the most common symptom of Celiac Disease. This is now classified as Gluten Intolerance or Gluten Sensitivity. Gluten Sensitivity can be just as damaging to one's health as Celiac Disease. So by finding out that one does not have CD, it is important to consider the broader issue of potential gluten sensitivity. 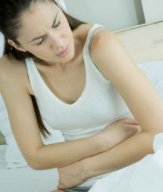 I have Celiac Disease. I had always related CD to stomach and digestion issues. I had many intestinal and digestive symptoms so it wasn't hard for me to believe that this was my problem when I finally discovered it. What I found hard to understand is that my neurological symptoms that have bothered me for so long were also most likely linked to Celiac Disease and gluten sensitivity.

Dr. Rodney Ford, author of Full of It!, explains that gluten damages the brain and the nervous system. This explains why many who have gluten issues complain of things like brain fog, anxiety and headaches. And knowing that there are many nerves in the gut, it now seems more logical to me that the gut would often be affected as well.

Celiac Disease, gluten sensitivity and their related issues can be difficult to grasp. I know this first hand. I've had to dedicate my life to the study of nutrition so that I can better treat my condition and those in my family who are also living with gluten sensitivity. If you are concerned about your health and have symptoms that go unresolved, it would be prudent to at least rule out the possibility of gluten sensitivity being the cause of your suffering.

For a FREE 15 Minute one-on-one phone or Skype consultation with Primo Health Coach, just CLICK on the button below.