How To Treat Rheumatoid Arthritis Naturally 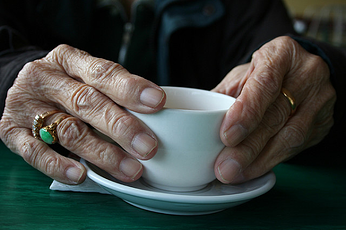 Rheumatoid Arthritis (RA) can be a crippling and painful condition of the joints of the body affecting millions of Americans. It is not just a disease of the elderly, typically appearing in people from age 30 to 50. Understanding the mechanism of this autoimmune condition and known treatment options can help the sufferer cope with and possibly control its disconcerting symptoms.

Rheumatoid arthritis is a chronic inflammatory condition that affects the entire body, but especially the joints.  There is much evidence that RA is an autoimmune reaction, in which antibodies formed by the immune system attack components of joint tissue. (Murray, 2005, p. 761).

The joints typically involved are those in the hands, feet, wrists, ankles and knees .  As the disease progresses, deformities develop in the joints of the hands and feet, although deformities can also occur in the neck and shoulders. (Murray, 2005, p. 761)

What triggers autoimmune reactions remains largely unknown.  RA is likely caused by a pathologic immune response in a genetically predisposed person to an environmental insult, likely a viral or bacterial infection (Rakel, 2007, p. 531).  Very recent research made known by Dr. Datis Kharrazian suggests that there are many possible triggers to autoimmune reactions including bacterial and or viral infections, stress or trauma, and the effects of potential antigens, especially gluten in gluten sensitive individuals (Kharazzian, 2010, lecture).  Molecules from the hypothalamic-pituitary-adrenal axis, particularly cortisol and corticotropin-releasing factor, and from the sympathetic-adrenal-medullary system are linked to disease activity in RA.  Other environmental factors such as nutrition, coffee and tobacco also may contribute to the increased risk of RA.  Stress and physiological factors have been linked to the etiology of RA and to disease exacerbations.  (Rakel, 2007, p. 531-532).

RA can be difficult to diagnose in its early stages because its early signs and symptoms mimic those of many other diseases.  And no one test or physical finding confirms the diagnosis.  People with RA tend to have an elevated erythrocyte sedimentation rate (ESR, or sed rate), which indicates the presence of an inflammatory process in the body.  Other common blood tests look for rheumatoid factor and anti-cyclic citrullinated peptide (anti-CCP) antibodies.  (Mayoclinic.com)

Medical treatment for RA will typically involve antibiotic therapy with minocycline.  However minocycline may act through direct immunomodulatory or anti-inflammatory effects rather than acting through antibacterial activity.  Nonsteroidal anti-inflammatory drugs (NSAIDs) act to inhibit enzymes that produce inflammatory prostaglandins.  Unfortunately these may have increased thrombotic and cardiovascular risks.  (Rakel, 2007, 531).  Corticosteroids can rapidly decrease RA symptoms, often within a few hours at high doses.  However, both short and long-term effects are well known. (Rakel,2007, 533).  Disease-modifying antirheumatic drugs (DMARDs) are slow acting drugs that often take 6 weeks to 3 months to show activity.  These drugs too have associated risks.  (Rakel, 2007, 534).

During flare-ups, fresh pineapple juice along with some fresh ginger or turmeric root may help to relieve symptoms of RA.  Ginger possesses anti-inflammatory action by inhibiting the manufacture of inflammatory compounds and by the presence of an anti-inflammatory enzyme similar to bromelain, which is found in pineapple (Murray, 2005, p. 762).

Nutritional Approach
Diet has been strongly implicated in RA for many years, in regard to both cause and cure.  The common dietary approach is to eliminate food allergies, increase the intake of antioxidant nutrients, follow a vegetarian diet, and alter the intake of dietary fats and oils - eat healthy fats.  Virtually any food can aggravate RA, but the most common offenders are wheat, corn, milk and other dairy products, beef, nightshade-family foods (tomatoes, potatoes, eggplants, peppers and tobacco), and coffee.  The importance of a diet rich in fresh fruits and vegetables in the dietary treatment of RA cannot be overstated.  (Murray, 2005, 761-762)

Increased intake of omega-3 fatty acids from cold-water fish, such as salmon, and from nuts, such as walnuts, flaxseed, or hempseed, can provide modest improvement in the control of RA.  Omega-9 fatty acids in olive oil may confer anti-RA activity.  (Rakel, 2007, p. 532).

Stress and physiological factors have been linked to the etiology of RA and to disease exacerbations.  Mind-body therapies to relieve stress show helpful for chronic pain.  Simply writing in a journal about positive and negative emotions for 15 minutes a day can relieve symptoms by 25% or more.

Light weight training can maintain or even increase muscle strength around joints, leading to increased joint stability.  Water exercise can be helpful because it is less stressful on joints.

Most of the traditional therapies for RA and other autoimmune conditions focus primarily on relieving the symptoms of the affected organ, structure or system, or just shutting down the immune response all together.  However, little effort is made in modulating or regulating the immune system.  The recent work and research presented by Dr. Datis Kharrazian through seminars and literature shows promising insight into controlling the now triggered immune system of the AI patient.  This approach can slow the progression of autoimmune disease and its subsequent attacks on other organs, as well as minimize the frequency and severity of the flare-ups.  It is recommended to find a health practitioner that is well informed in the management of autoimmune conditions like RA.

As mentioned, one of the keys to managing autoimmune conditions is a healthy diet. This is foundational to preventing and delaying the onset of chronic conditions like Rheumatoid Arthritis. Primo Health Coach can develop a Wellness Plan to set a foundation for health and vitality based on deficiencies as seen through a Blood Chemistry Analysis. Sign up for a FREE Blood Chemistry Analysis Consultation today!