The Health Benefits Of Glutathione 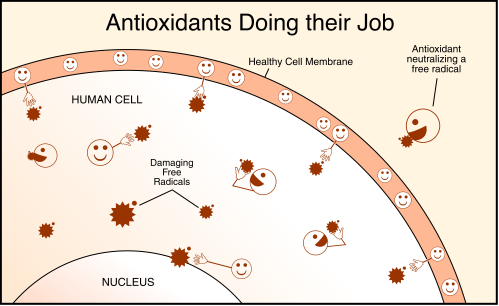 Glutathione is known as the "Master Antioxidant." Without antioxidants, nature's free radicals would cause endless damage to our bodies and living healthy would be quite difficult. Fortunately, we have a built in system of antioxidant power that when operating optimally, the dreaded effects of aging can be thwarted and youth preserved.

Glutathione is revered because of it's amazing power over free radicals. Free radicals are unstable molecules in our body that cause damage to our tissue and organs because of their erratic behavior. Glutathione, like other antioxidants, grab on to the unruly free radical and remove an electron, the bad influence on the free radical, and render it harmless. Glutathione is our most abundant antioxidant found in our cells and livers, and even stored in our protein. Science has observed that when there is marked illness, glutathione levels plummet. It is crucial to maintain adequate levels of glutathione, especially for those with chronic disease and autoimmune conditions.  Those with autoimmune conditions are often low in glutathione levels.

Glutathione is abundant in many fruits, vegetables and fresh cooked meats. However, the digestive process breaks it down. It is believed that the molecule of glutathione is too large to

oral glutathione supplementation is not recommended unless it's liposomal, which is an updated form of delivery that protects the 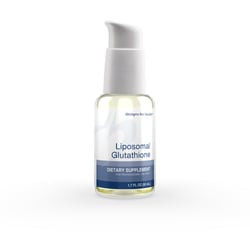 glutathione from the stomach acid. There are also topical creams that do deliver a beneficial dosage of  glutathione when applied to vascular areas of the body.

Lifestyle choices like smoking and eating too many nitrate laden foods (i.e., luncheon meats) can work against your glutathione levels. Alcohol consumption also robs our stores of glutathione in our liver. If you are concerned about cancer and inflammation in the body, work heartily at keeping your glutathione levels in check.One of the best ways to boost glutathione levels is to supplement with nutrients that assist the body in recycling already used glutathione. As mentioned, glutathione takes an electron from a free radical to calm it down. Once it has accepted that electron, it is no longer able to perform again unless the body recycles it. Fortunately for us, many of our antioxidants work in tandem. Alpha lipoic acid works well with glutathione. ALA is easily absorbed in supplements and it partners with glutathione to restore its antioxidant power. The amino acid N-Acetyl Cysteine is also able to boost glutathione levels, but not nearly as efficiently as ALA. Supplements with ALA and NAC work well at boosting our miracle antioxidant.

You've probably heard that free radicals are a big part of the human aging process. Glutathione is probably nutrition's greatest defense against the battle of aging and loss of vitality. A diet high in the other key antioxidants that work with glutathione, like Vitamin C and E, and alpha lipoic acid, as well as a simple supplementation with a glutathione recycling supplement can ensure a healthier more respectable aging process.

A holistic nutrition expert like Primo Health Coach can assist you with creating a nutrition plan and supplement schedule that is unique to you. Stop buying low quality vitamins that you may not even need! My BodiHack Program uses cutting edge assessment tools for designing a personalized protocol for you.