The Health Benefits of Colostrum 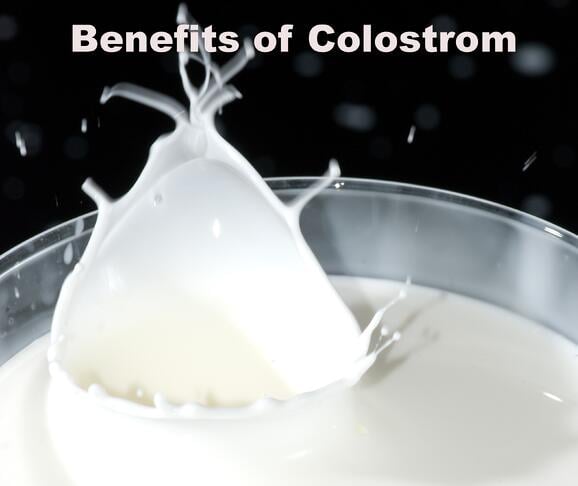 Colostrum is the first milk that a mammal produces after pregnancy. This secretion of colostrum does not last for long; rather, it is created for the newborn to give it vital nutrients, antibodies, and other factors it needs right after birth. Therefore, after a few short days, the production of colostrum all but stops.1

So what makes colostrum special for adult individuals? In fact, through hundreds of years of use and over 1,000 clinical studies, colostrum has been demonstrated to be safe and effective for a variety of clinical conditions. These include viral illnesses, allergies and autoimmune diseases, heart disease, cancer, weight-loss programs, athletic stress, leaky gut syndrome, wound healing, and muscle repair and growth.2 In short, the most important components of colostrum can basically be broken down into two major categories: immunity modulator and growth factors.

Drug manufacturers have tried to copy (genetically engineer) and market several of the individual components of colostrum, most notably interferon, gamma globulin,3growth hormone, IgF-1 and protease inhibitors. Biotechnology companies are currently selling IgF-1 for as much as $800 per 50 cc vial. Some of the following colostrum components may very well be next on the list of major breakthroughs by the pharmaceutical/nutraceutical industry: Immunoglobulins (A, D, E, G and M) - the most abundant of the immune factors found in colostrum; IgG neutralizes toxins and microbes in the lymph and circulatory system; IgM destroys bacteria while IgE and IgD are highly antiviral.4 5 6 Another component in colostrum, Lactoferrin, is an antiviral, anti-bacterial, anti-inflammatory, iron-binding protein with therapeutic effects in cancer, HIV, Cytomegalovirus, herpes,7 Chronic fatigue Syndrome, Candida albicans and other infections. Lactoferrin helps deprive bacteria of the iron they require to reproduce and releases iron into the red blood cells enhancing oxygenation of tissues. Lactoferrin role in immunity is underscored by the fact that lactoferrin receptors have been found on most immune cells including lymphocytes, monocytes, macrophages and platelets.

Proline-Rich Polypeptide (PRP) can also be found in colostrum, and is a hormone that regulates the thymus gland, stimulating an under active immune system or downregulating an overactive immune system. This down-regulation function may be beneficial in autoimmune diseases, such as MS, rheumatoid arthritis, lupus, scleroderma, chronic fatigue syndrome, allergies, etc.

About 75% of the antibodies in the body are produced by the GI component of the immune system. The ability of AIDS/HIV patients to fight infectious disease is severely compromised by and partially due to damage to the gut from chronic inflammation and diarrhea. Several recent studies report colostrum's role in the reversal of this chronic problem stemming from opportunistic infections like Candida albicans, Cryptosporidia, rotavirus, herpes simplex, pathogenic strains of E. Coli and intestinal flu infections.8 9 10 11 12 13 14 15 16 17 All gut pathogens are handled well by colostrum without side effects.

Proline-Rich Polypeptide (PRP) can also be found in colostrum, and is a hormone that regulates the thymus gland, stimulating an under active immune system or downregulating an overactive immune system. This down-regulation function may be beneficial in autoimmune diseases, such as MS, rheumatoid arthritis, lupus, scleroderma, chronic fatigue syndrome, allergies, etc. 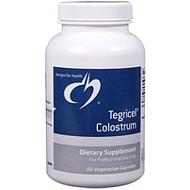 PRP from colostrum can work as a regulatory substance of the thymus gland.18 It has been demonstrated to improve or eliminate symptomatology of both allergies and autoimmune diseases (MS, rheumatoid arthritis, lupus, and myasthenia gravis). PRP inhibits the overproduction of lymphocytes and T-cells and reduces the major symptoms of allergies and autoimmune disease: pain, swelling and inflammation.

Heart Disease Altered immunity may be the hidden cause of atherosclerosis and cardiovascular disease. For example, a type of Chlamydia has been associated with arterial plaque formation in over 79% of patients with heart disease. Also, research has shown that heart disease can involve immune sensitization to cardiac antigens.19 This means that the immune system may attack heart tissues. Colostrum PRP may have a role in reversing heart disease very much like it does with allergies and autoimmune diseases. Additionally, IgF-1 and GH in colostrum can lower LDLcholesterol while increasing HDLcholesterol concentrations. Colostrum growth factors promote the repair and regeneration of heart muscle and the regeneration of new blood vessels for collateral coronary circulation.

The benefit of cytokines in the treatment of cancer was first popularized by the 1985 Steven Rosenberg Book, Quiet Strides in the War on Cancer. Since that time, the same cytokines found in colostrum (Interleukins 1, 6, 10, Interferon G and Lymphokines) have been the single most researched protocols in scientific research for the cure for cancer. Colostrum Lactalbumin has been found to be able to cause the selective death (papooses) of cancer cells, leaving the surrounding non-cancerous tissues unaffected.20 Lactoferrin has similarly been reported to possess anti-cancer activity. The mix of immune and growth factors in colostrum may inhibit the spread of cancer cells. If viruses are involved in either the initiation or the spread of cancer, colostrum could prove to be one of the best ways to prevent the disease in the first place.

The growth factors found in colostrum include Epithelial growth factor (EgF), Insulin-like growth factor-I and II (IGF-1 and IGF-II), Fibroblast growth factor (FgF), Platelet-derived growth factor (PDGF), Transforming growth factors A & B (TgA and B), and Growth hormone (GH). These all help stimulate cell and tissue growth by stimulating DNA formation.21 Clearly, this can be a benefit for athletes and other. Several studies show that these growth factors are capable of increasing T-cell production, accelerate healing, balance blood glucose, reduce insulin need, increase muscle and bone growth and repair while metabolizing fat for fuel.22 23 24 25

One of the major benefits of colostrum supplementation is enhanced gut efficiency due to the many immune enhancers that control clinical and sub clinical GI infections. Colostral growth factors also play a role by keeping the intestinal mucosa sealed and impermeable to toxins. This is evidenced by colostrum's ability to control chronic diarrhea caused by gut inflammation related to dysbiosis. Healing leaky gut syndrome reduces toxic load and helps in the reversal of many allergic and autoimmune conditions. For the healthy individual or athlete in training, colostrum supplementation enhances the efficiency of amino acid and carbohydrate fuel uptake by the intestine. More nutrients are made available for muscle cells and other vital tissues and organs. One of the reasons for the energy boost seen in most healthy individuals who use colostrum as a food supplement is this ability of colostrum to improve nutrient availability and the correction of sub clinical leaky gut syndrome.26 Research has shown that colostrum contains growth factors that help to prevent and heal the injurious effects of non-steroidal anti-inflammatory drugs (e.g., aspirin, ibuprofen) on the bowel.27

The potential clinical applications for colostrum are many. Appropriate dose levels are 1000-2000 mg twice daily, taken on an empty stomach with 8-12 ounces of water. If necessary, the dosage can safely be doubled or even tripled as needed until the desired results are obtained. Children can also take colostrum but require proportionately less. Occasionally, Herxheimer reactions (mainly flu-like symptoms) may occur in individuals using high dose colostrum. However, these reactions are usually mild and disappear with continued supplementation at the same dosage level. Through hundreds of years of use and over 1000 clinical studies, colostrum has been demonstrated to be completely safe without drug interactions or side effects at any level of ingestion.