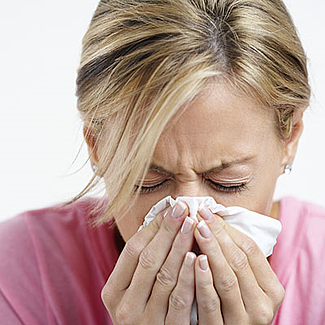 Cold, influenza (flu) and sinusitis are three common upper respiratory conditions that affect a great many people. Besides being upper respiratory infections, they also have in common that three herbs (Andrographis, Eleuthero and Echinacea) have been shown to be effective in their treatment. This article will discuss the research associated with these herbs on the aforementioned conditions. First, however, let’s have a brief review of the conditions

Most people contract one or more colds every year. A cold is caused by viruses that infect cells of the upper respiratory tract. Since there are over 200 different species and strains of these viruses, a cold caused by one virus does not protect a person from catching a cold caused by a different one. This explains why colds can occur one after another or several times a year.1

Influenza, or “flu”, is a highly contagious viral respiratory infection. It is caused by orthomyxovirus types A, B, and C, which are spread by direct person-to-person contact or by airborne droplet spray. Flu generally occurs in the late fall and early winter and can reach epidemic proportions when a modified form of the virus emerges for which the population has no immunity. All age groups are susceptible, but the prevalence is highest in school-age children. Its clinical manifestations often resemble a severe form of the common cold.2

Sinusitis is a swelling of one or more nasal sinuses. It is caused by bacteria (streptococci, staphylococci, pneumococci, Haemophilus influenzae); viruses (rhinovirus, influenza virus, parainfluenza virus); and fungi (aspergilli, Dematiaceae, Mucoraceae, Penicillium sp.). Onset frequently occurs after an acute respiratory infection but may also be triggered by a dental procedure or gum infection, allergic rhinitis, diving or swimming episode, or sudden drop in temperature.3 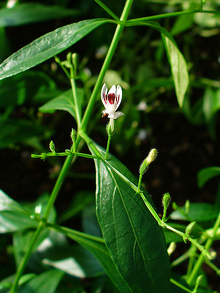 Andrographis has a history of use in both Ayurvedic and traditional Chinese medicine.4 It contains a number of bitter constituents which appear to have both immune-stimulating and anti-inflammatory activity.5 Double-blind studies have found that Andrographis may help reduce the severity of symptoms in individuals 6 7 8 9 suffering from the common cold.

In the very recent past, Eleuthero was commonly called “Siberian Ginseng.” Although this name was botanically incorrect since Eleuthero is not even in the same genus (plant family) as Panax ginseng, it was an understandable appellation since many of its functions were the same. For example, like Panax, Eleuthero shows excellent adaptogenic activity (an adaptogen is an agent that helps the body adapt to stress). Russian explorers, divers, sailors, and miners also used Eleuthero to prevent stress-related illness.10 In addition, evidence also suggests that Eleuthero may prove valuable in the long-term management of various diseases of the immune system, including HIV infection and chronic fatigue syndrome.11 Referred to as ci wu jia in Chinese medicine, it was used to prevent respiratory tract infections, colds and flu.

Echinacea is an immune stimulant/supporter, and is excellent in the prevention and treatment of colds and influenza. Research suggests that Echinacea supports the immune system by activating white blood cells (lymphocytes and macrophages).12 In addition, Echinacea appears to increase the production of interferon, which is important to the immune response of viral infections.13 In any case, a number of double-blind, clinical studies have confirmed Echinacea’s effectiveness in treating colds and flu.14 15 16 17 18 However, some research suggests that Echinacea may be more effective if used at the onset of these conditions.19 20

Besides colds and flu, Germany’s Commission E Monographs (an internationally authoritative source of credible information on the use of herbs for various disorders) indicates that among Echinacea’s uses, this herb can be used to treat chronic infections of the respiratory tract.21 Now that we’ve briefly reviewed what each of these herbs can do individually with regard to upper respiratory infections, let’s see what some of them can do when combined together.

In two randomized, parallel-group clinical studies22, patients diagnosed with influenza (540 patients and 66 patients, respectively) were treated with a combination of Andrographis and Eleuthero, or nothing at all (in the control group). In both studies, the differences in the duration of sick leave (7.2 days vs. 9.8 days in the control group) and frequency of post-influenza complications indicated that the Andrographis/Eleuthero combination contributed to quicker recovery and reduced the risk of post-influenza complications. The results showed that in Andrographis/Eleuthero-treated patients the symptoms had become less pronounced and the temperature had returned more rapidly to normal values, and symptoms such as headache, muscle pain, and conjunctivitis disappeared sooner than in patients of the control group.

Two randomized double-blind, placebo- controlled parallel group clinical trials23 were performed to investigate the effect of an Andrographis/Eleuthero combination in the treatment of uncomplicated upper- respiratory tract infections. This includes common cold, rhinitis, nasopharyngitis (Inflammation of the nasal passages and of upper sore throat) and pharyngitis (sore throat). There were 46 patients in one study, and 179 patients in another. In both studies, the total symptom score and total diagnosis score showed highly significant improvement in the Andrographis/Eleuthero group as compared with the placebo. Throat symptoms/signs, were found to show the most significant improvement. There was a 55% better improvement in the symptom score for the treatment group as compared with the placebo group.

Smart Supplementation™ is a free series of educational literature created by Huntington College of Health Sciences (HCHS) as a public service. Although copyrighted, it may be freely photocopied and distributed, but may not be altered in any way. Smart Supplementation™ is not intended as medical advice. For diagnosis and treatment of any medical condition, consult your physician