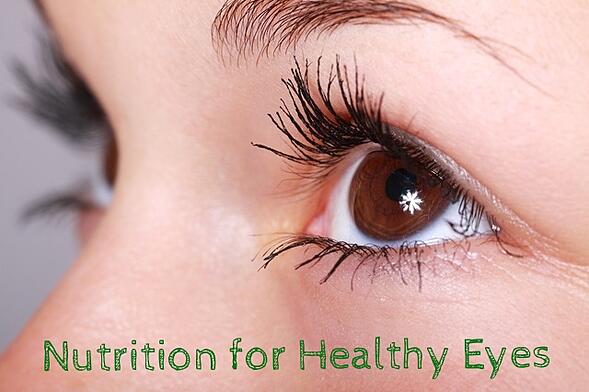 There are a number of different common disorders of the eye. These include cataract, conjunctivitis, macular degeneration and night blindness. Following is a brief description of each.

The term cataract refers to any cloudiness or opacity of the normally transparent crystalline lens of the eye. A cataract may or may not cause a loss of vision, depending on the size of the opacity, its density, and its location. Severe cataracts are a major cause of treatable blindness throughout the world. Oxidative damage caused by free radicals is considered to be an important factor in aging and the development of chronic diseases, including cataract formation. For this reason, many of the dietary supplement recommendations focus on antioxidants which can neutralize the oxidative damage caused by free radicals.

Conjunctivitis is an inflammation of the conjunctiva, the transparent mucous membrane lining the inside of the eyelids and the white of the eyeball. Normally the white, or sclera, is clearly visible through the conjunctiva, but when the conjunctiva is inflamed, its normally invisible blood vessels become engorged, making the eye appear red. Conjunctivitis may be caused by many types of infectious agents, such as viruses or bacteria, as well as by toxic, chemical, and allergenic irritants.

Macular degeneration, also called “age-related macular degeneration” (AMD), is the most common cause of blindness and vision impairment among the elderly in the United States. AMD damages the macula, a small part of the eye's light-sensitive retina (the layer of tissue that sends signals for vision to the brain). Because the macula is responsible for seeing sharp details directly in the center of the field of vision, damage caused by AMD may interfere with a person's ability to see straight ahead (necessary for driving and distance viewing, like TV watching) and for fine, detailed vision (newsprint reading, sewing, crafts and repairs).

Impairment of the vision normally possible in dim light is called night blindness, or nyctalopia. It may be an early sign of vitamin A deficiency, because that vitamin plays a major role in the cells of the eye sensitive to dim light. Night blindness is also a manifestation of various eye disorders such as glaucoma and optic nerve disease. It is often the earliest symptom of retinitis pigmentosa, a chronic and progressive inflammation of the retina. One form of the condition, called congenital stationary night blindness, is hereditary.

Not surprisingly, many of the same nutrients and natural substances have been used for each of these eye disorders.

Research conducted in healthy children demonstrated that vitamin A levels (and zinc and iron) declined during conjunctivitis infections.1 Furthermore, in a form of conjunctivitis characterized by a lack of tears, vitamin A deficiency was found to be one of the causal factors.2 Perhaps the best reason for supplementing with vitamin A, however, is the fact that it is necessary for the health of the mucous membranes that line the eyelid.3

There is a significant amount of research that validates the use of vitamin C for cataract prevention. In one study involving tens of thousands of female registered nurses, the risk of cataract was 45% lower among women who used vitamin C supplements for 10 or more years.4 In another study involving 247 women, the use of vitamin C supplements for 10 or more years was associated with a 77% lower prevalence of early cataracts, and an 83% lower prevalence of moderate cataracts compared with women who did not use vitamin C supplements.5 The statement made by researchers In a European journal probably says it best: “According to actual theories the use of sun-glasses with UVB-filters, and antioxidant diet supplementation [including vitamin C] seems to be useful in prevention of age-related cataract.”6

As with vitamin C, vitamin E is also effective for the prevention of cataracts. In the Vitamin E and Cataract Prevention Study (VECAT), it was concluded that prior vitamin E supplementation seemed to protect participants from developing at least early cortical cataracts.12 In another study involving 764 subjects, regular users of vitamin E supplements and persons with higher plasma levels of vitamin E, the risk of developing cataracts was reduced by approximately half.13

Vitamin B2 plays a key role in eye health, and a deficiency of this nutrient can lead to inflamed eyelids and sensitivity to light.14 In addition, I’ve found that many individuals with conjunctivitis seem to respond positively to vitamin B2 supplementation. The story continues with vitamin B2. In a study involving 1,919 subjects, 40-50 percent reduced odds of developing more severe cataracts were found with higher supplementary intakes of some nutrients, including vitamin B2.15 In a Chinese study involving 3249 participants, the prevalence of cataract was significantly lower in persons receiving vitamin B2 (and niacin) compared with persons not receiving these vitamins.16 In The Lens Opacities Case-Control Study involving 1380 subjects, dietary intake of vitamin B2 (as well as vitamins C, E, and beta carotene) was found to be protective against cortical, nuclear, and mixed cataract.17

Selenium works with a very important enzyme in the lens of the eye that protects against oxidative damage. Other research has shown that congenital zinc deficiency may be associated with cataract formation and other disorders of the eye.18

Zinc is also well known for its function in immunity and wound-healing. In addition, a deficiency of zinc can also cause night blindness (as a result of its relationship with vitamin A).19 Research conducted in healthy children also demonstrated that zinc levels (as well as vitamin A and iron) declined during conjunctivitis infections.20 Furthermore, in a study involving 79 subjects with seasonal (allergic) conjunctivitis, a supplement of zinc with antihistimines, taken only on demand, was used. The results were very good, even excellent, in 78% of the cases.21

Two important enzymes needed for vision in the retina require zinc. Furthermore, researchers have observed that zinc’s role in retinal metabolism may make it a beneficial supplement in macular degeneration.22 Double blind research using 80 mg of zinc or placebo for two years found that zinc prevented vision loss by 42% in people with “dry” macular degeneration;23 though other blind research did not show a benefit with “wet” macular degneration.24

Zinc works with vitamin A, helping to convert it into the active form of retinal in the body.25 Futhermore, many people don’t get enough zinc in their diets, and a lack of zinc can reduce retinol dehydrogenase, an enzyme needed to help vitamin A work in the eye. For these reasons, zinc helps night blindness in those who are zinc-deficient.26 A good recommendation is 30 mg twice daily, cutting back to 30 mg daily maintenance once vision improves.

Bilberry’s active bioflavonoid compounds, anthocyanosides, act as an antioxidant in the retina of the eye. This makes it a potential preventive measure against macular degeneration.27 Bilberry has also been shown to strengthen capillaries and reduce hemorrhaging in the retina.28 A typical amount used in studies is 240–480 mg per day of bilberry extract in capsules or tablets standardized to 25% anthocyanosides. One research study has shown that an herbal, Bilberry (European blueberry) can help to reverse cataract in some cases. Although it’s too early to say how many of us Bilberry will help, it can’t hurt to try.

According to RAF pilots, Bilberry, which they ate as a jam prior to night missions, significantly improved dark adaptation and visual acuity. We now know that anthocyanosides speed the regeneration of rhodopsin, the purple pigment that is used by the rods in the eye for night vision.29 This explains why it worked so well for RAF pilots, and it also makes bilberry a possible first line of defense for those with poor night vision.30 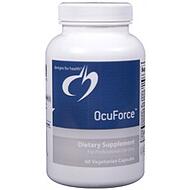 Lutein and zeaxanthin are antioxidants in the carotenoid family. These carotenoids are found in high concentrations in spinach and kale, and are also found in high concentrations in the part of the retina where macular degeneration strikes. Once there, they protect the retina from damage caused by sunlight.31 As expected, spinach and kale eaters have a lower risk of macular degeneration, although blood levels of lutein have not correlated with risk of macular degeneration in one trial.32 33 Harvard researchers report that people eating the most lutein and zeaxanthin (a total of 5.8 mg per day) have a 57% decreased risk of macular degeneration, compared with people eating the least.34 Lutein and zeaxanthin can be taken as supplements, although lutein is more readily available in higher doses, such as the recommended 20 mg daily. Zeaxanthin is generally found in lower concentrations, but is often included as part of a carotenoid complex in lutein products. This is acceptable since lutein can be converted in the eye to one of the zeaxanthin structural isomers.35

Clinical studies have revealed that Ginkgo biloba extract may be useful in treating visual activity impairments and damages to the visual field associated with chronic cerebrovascular insufficiency, senile macular degeneration and diabetes mellitus. Specifically, Ginkgo biloba was found to provide a statistically significant improvement in long distance visual acuity in macular degeneration, according to double blind research.36 Recommended doses are 120–240 mg of standardized extract in capsules or tablets per day.

Clinically, taurine has been used in the treatment of a wide variety of conditions, including macular degeneration.37 In fact, taurine is found in very high concentrations in the retina of the eye, and may be a preventive factor in other eye diseases as well. For example, while patients with retinitis pigmentosa do not appear to be deficient in taurine, they appear to have faulty cellular uptake of this important amino acid; and Retinitis pigmentosa resembles the retinal damage seen in taurine-deficient cats.38 In any case, research has shown that taurine-containing eye drops have had beneficial results for patients with macular degeneration.39 Supplementation with 1000 mg of taurine daily on an empty stomach may be beneficial.

Diet and/or other considerations

Since free radicals are implicated in more than one of the eye disorders discussed, it makes sense to reduce the intake of those foods which contribute to free radical pathology and oxidative damage. Probably top on the list is fried foods. When the oils used for frying are continually heated and exposed to the open air, they are virtually swimming with free radicals. In general, junk food is to bee avoided for similar reasons. By contrast, increasing your intake of fruit and vegetables is likely to increase your antioxidant intake as well.